What is written here is my opinion and personal experience only. I am not qualified to give advice - medical, legal, or otherwise. Please be responsible and do your own research regarding treatments, diets, doctors, and alternative therapies.

Quick Up-Date on My Status

I've been meaning to post an up-date on my status as it has been just over 10 months since I started the Stephen Spring treatment.  As I close in on the one-year mark, I can say without a doubt that it has been an effective treatment for me thus far.

As others warned, Stephen included, improvement does not happen in a straight line.  At the 10-month mark, however, I am feeling well 95% of the time.  I still have tinnitus, but most of the time it is nothing more than a soft hum.  My energy level is through the roof.  I now need only 6-7 hours of sleep each night and no naps.

My bad days now consist of moderate brain fog and some mild disequilibrium, perhaps from having had three gent shots a few years back.  From start to finish an "attack" might last anywhere from 6 to 48 hours and then I go back to feeling well again.  This is a one-eighty from where I started!  Rarely, I might have an uptick in tinnitus and buzzing in my ear, but that happens very infrequently now.

From about the 7th month until a few weeks ago, I had an annoying symptom where I was getting frequent, but short, episodes of "mini spins".  These tended to be a bit positional, coming on if I tilted my head a certain way or turned too quickly.  Sometimes they seemed to happen for no reason at all.  Some days I'd have 2 or 3 and other days I might feel them 12 or more times throughout the day.  But they occurred in the absence of any changes in hearing, tinnitus, pressure, or cognitive dysfunction (aka brain fog).  It didn't take me long to realize they wouldn't turn into full-blown vertigo and that they dissipated within a minute or two at most, so I just rolled with them.  With time, they have become less intense and less frequent.  As of the past couple of weeks, I'm only getting them a couple of times a week.  I've come to see them as a sign of change which seems to be in the direction of "good" versus "evil."

Today, I continue to take just the vaccine each day.  I have no side effects from it, no new symptoms, no headaches, no congestion or drainage.  I do get an earache in my bad ear from time to time, as if the lymph node in there is inflamed a bit.  In fact, the diameter of my ear canal reflects some kind of inflammation during that time as I can feel it if I attempt to clean it with a cotton swab.

I am not posting much because I am too busy living life again.  I don't know how long it will last, but I hope forever!  But even if someday my symptoms return, today I am utterly grateful for this reprieve.

Below are screenshots of hearing tests I did using an app.  The first one I did today and the second one is one I took in August, 2013, one month before starting the vaccine.  I no longer wear my hearing aid. 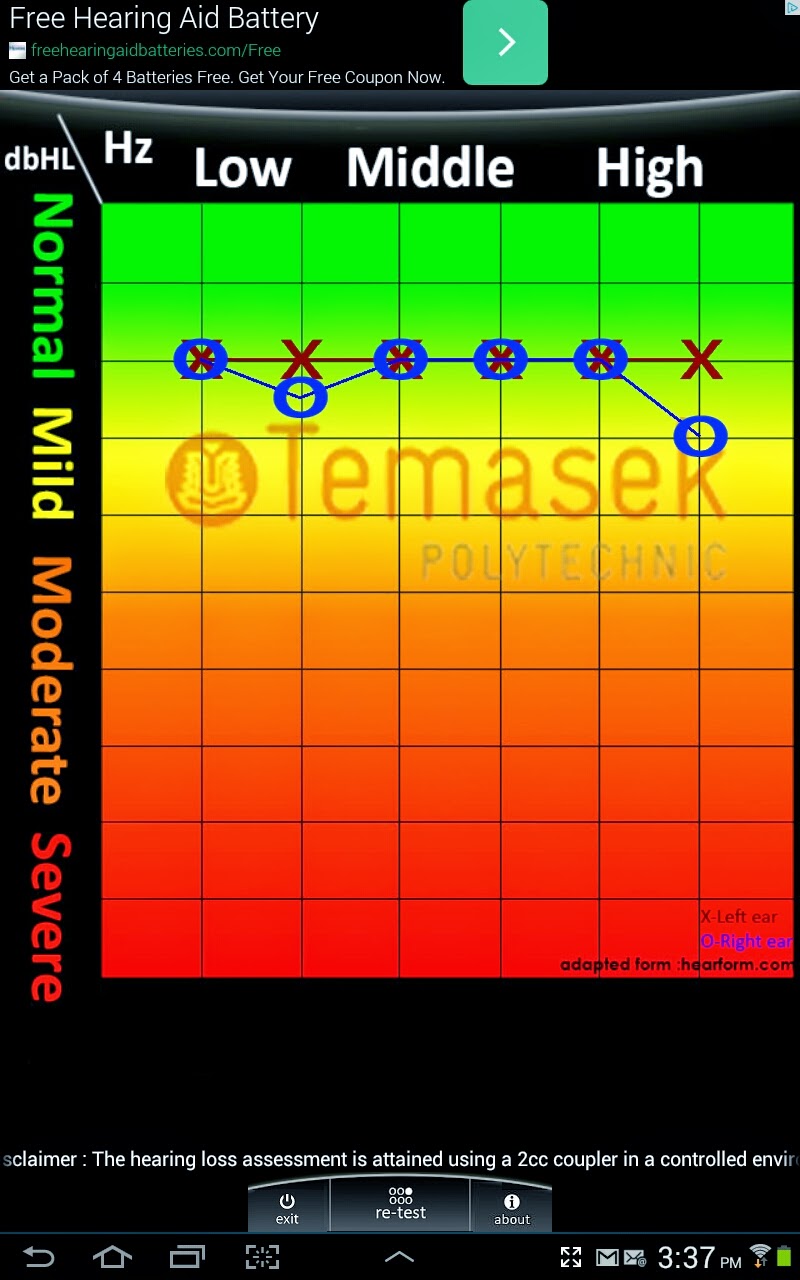 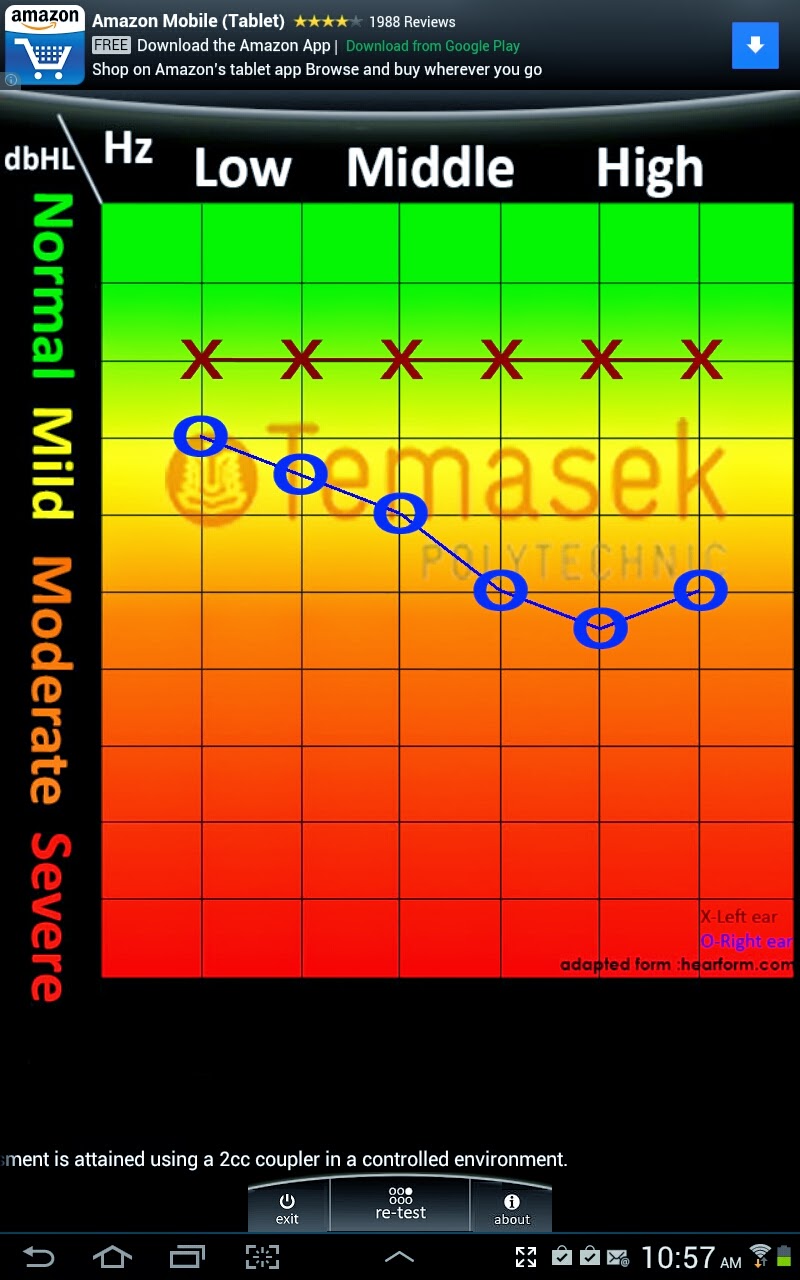 Angelea
I am a wife, mother of three, and work as an oncology and nutrition support dietitian. I have also had Meniere's disease since 2009. I have to live in the moment, or I'd go crazy...